A downloadable game for Windows

Warning: There are light horror elements in the game

Lone Water tells a history about a water flooded world.

You are a lone survivor in this world and must find clues to figure out why the world is flooded.

This game combines loneliness, sadness and dread with a very peaceful environment.
It's your job to determine whether humanity has finally destroyed itself.

For now there is only the prologue, we have planned already a full release to develop, if you guys like the game. Your feedback will help shape the next chapters of the game.

The world was in a chaotic state, the human race was about to pay for the lack of care and preservation of what is most precious to the human life, Water.

The only solution was to use everything science could offer.

A mega scientific corporation had a solution to the problem, by using a complex chemical process they gradually managed to make water a reality for people again.

Unfortunately not everyone was happy and someone inside this big scientific corporation plans to cause a true ecological apocalypse.

Unfortunately, it's too late.

The world is all flooded and it is our fault.

Only memories of the past were left to tell the true events that followed.

Make sure you have the latest video drivers!

For more info open the readme.txt

Neat stuff, definitely captured my interest, I'd like to see where you take this. Had just the right amount of everything and the story was effectively drip fed throughout. Nice work!

This game was really awesome and I loved the story of it! Amazing job with the voice acting as well it all tied in really nicely, I cant wait for more!

My game crashes the second I launch it... WHY!?

I can run arma 3 on almost all high/ultra high settings... This makes no sense!

This was fun! I was also pleasantly surprised to not see any serious jumpscares :) One of the reasons I steer clear of horror games ><

I see you already found it, but I might as well post it here :P I made a Let's Play. Hope it helps!

May I ask what engine this is?

Game suffers from severe graphical glitching on my system, looks like a jittering glitch overlay over the screen. Is there something I'm missing?

Hello sinkingsage! Thanks for downloading the game. Try to go to the options and enable the "mobile shaders" options. I hope it works for you ^^

Thank you, now it works correctly, I'm wondering what's the science behind this, what does the "mobile shaders" option do?

I'm glad it worked, the mobile shaders option is a low/medium version of the main shaders, that is more compatible with some mobile GPU's. If you like the game please vote for us in the Steam Greenlight :D

Hello friends, the time has come!
We are lauching a Steam Greenlight campaign for Lone Water and we need your help.

Please go there and hit the YES button for me! :D

I really appreciate your vote! :D

I thought there was some excellent world-building in this prologue and I had an absolute blast playing it! I'll be back for sure when there's more!

game is very interesting! ended a bit abruptly but still had a good time with Sammy the block! hope to see a full game soon!:3

I played this game on my channel! I like it a lot, but I do have some criticism. Here it is in case you want to check it out.

Can't play it in my desired resolution only default. Want to play it in 4k, so I will wait ;).

This game is very mysterios and i like that! The graphics look great, and it got pretty scary!

I really like this game ready for the whole game. Reminds me of Noah's Ark but in Modern Times

Wow so where do i start. This game had me both amazed at how pretty the environment was at the start but then it made me go from "Wow this games pretty" to "Wow this is getting scary" I found the game really fun. I am a new youtuber but if anyone would like to watch my experience with the game the link is below.

Hey guys, thank you for all the videos and feedback! You guys rock! :)

First off, this game had the simplest yet best soundtrack out of any Indie Horror I have played in a long time. The subtle guitar soothes you and relaxes you. However, how fast the game changes pace is amazing. Going from light and easy to dark and eerie. Amazing Prologue and I hope/will support any further news surronding this game. Was Amazing!

Absolutely loved this, had some framerate problems at some parts though (especially when you were in the red water), can't wait for the other parts!

Here's my playthrough of the game

Hey Hi ! impressive environments! I am very interestd in playing it. Any chances to release a MAC build ? :D

I have interest in create a MAC build, but atm I'm focusing on finish the Win ver and later focus in the other versions. Thank you :)

This game is really cool, I like how it got spooky really quick lol. I am truly curious of how the story plays out so I can't wait for any further development!

This is a great game so far ! i am looking forward to the next episode !
i really like the graphics. But is this the first episode of the Lone Water Series or is it a teaser ?

Checked out this game and figured I would record it. This game seems like a really neat concept I can't wait for the full game! Only thing I couldn't figure out is how to make the water look better lol.

Very intriguing game and with the way that it ended, I am very much looking forward to more from this game! Merry Christmas, and here is our LP of it!

Reply
Neco The Sergal5 years ago

*Rurr* Hello everyone, I made a video on this game at long last ;P Enjoyed it and can't wait for more from the series. Hope everyone enjoys.

Thank you guys for all the videos and feedback we got!
I'm cooking something and I hope to show very soon.

Looking forward to more of this. The lonely and sometimes very creepy atmosphere is great! Want to know what happens for sure.

A simple littel let's play for you all :D

I really like this game and i hope you enjoy the video https://youtu.be/b5GQWNMLzWw

This is a really cool and interesting little game. The graphics are nice to look at, the music is creepy and weird, and the games story is a nice little change from the normal "your all that's left." I really like how this game takes a common theme but adds it's own mystery behind it. You awaken not knowing what happened or why your the last person left. It's your job to determine whether humanity has finally destroyed itself. You aren't given any directions except simply explore to find your way through. Not only that but the game manages to combine nice peaceful/mournful feelings with a bit of horror and dread. I think with a little more work this game could be something really cool and unique that I look forward to playing upon release. I did a video on my experience with the prologue if anyone is interested.

HOW DID "WE" CAUSE THIS? | Lone Water Prologue

Thank you for your feedback, very well done video. 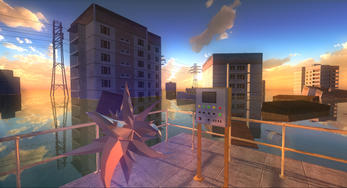 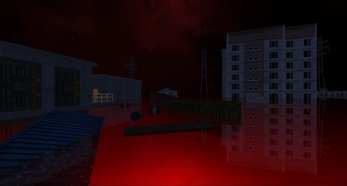 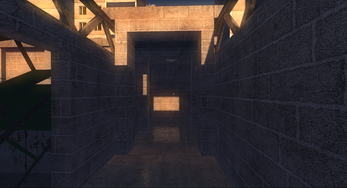 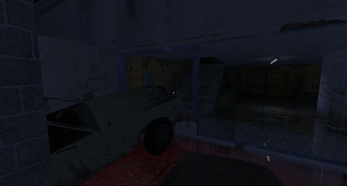 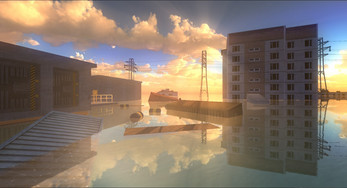 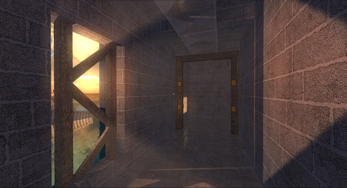 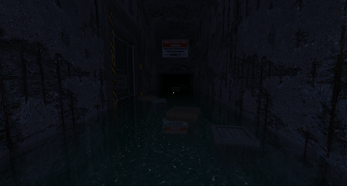 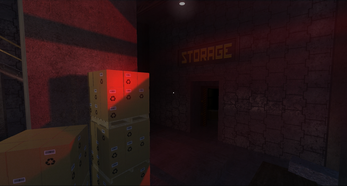